What Does Modi’s Victory Mean for the World? 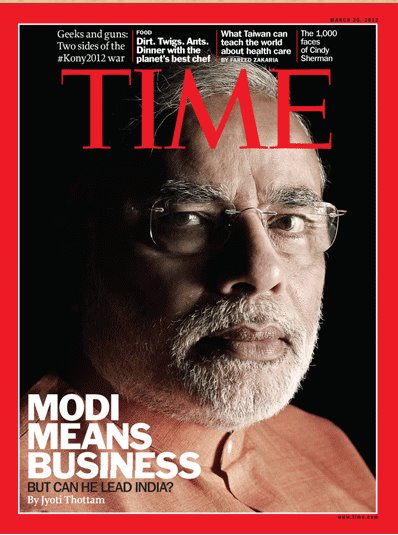 It is clear that India has reached a crossroads. The 1990s and the early 2000s saw years of unprecedented growth and market reforms in the “once closed, semi-socialist country”. However, India’s once encouraging trajectory has drastically reversed its course in the last five years. The nation’s boisterous promise has been marred by the rampant corruption and economic stagnation of the outgoing Singh administration. India has recently elected a promising – yet polarizing – leader to guide the nation through these exciting and uncertain times.

Modi’s primary focus will concern infrastructure and capital investment, whose sluggish pace has been stagnating India’s economy. Due to the ineptitudes of the previous regime, India is currently ranked 134th out of 189th on the World Bank’s ease of doing business index. Modi has promised that his administration will roll out a red carpet to investors, and to tear down the red tape that has discouraged investment in the past.

Modi will also look to move forward with a number of investments that have been stalled by the cumbersome bureaucracy of the old regime.  A recent Bloomberg article describes 284 stalled projects worth a total of $255 billion, which have been stymied by red tape and inefficiencies. The majority of these projects have been hampered by either delayed environmental clearances or blocked land acquisitions. These stalled projects personify the dysfunctional Indian political system that has delayed and dissuaded private investment. Total private investment has fallen from highs of 17% in 2007 to 9% in 2013. Modi will look to use his ‘gubernatorial’ experience to try and iron-out differences between state and national governments, to once again make India an attractive destination for foreign investment.

All signs point towards a series of slow, but necessary, structural reforms to cleanse the Indian economy and political system. The previous five years have seen paralysis and corruption poison India’s progress. Modi has stated on numerous occasions that he will place ‘toilets’ before ‘temples’, and use a development-led approach to improve the lives of the Indian people. This approach will likely be achieved by an influx of investment activity, spurred by a more efficient, business friendly government.

For India, Modi represents a departure from the failed policies, promises and people of the past. But what does this mean for the world? His administration will enter a world rife with tension and opportunity. Modi has stated that his foreign policy will start at home; however, he will have to balance century-old religious tensions with Pakistan, while assessing whether China is an economic enemy or opportunity.

After the largest election in human history, it is unclear what the ‘Modislide’ will yield. One thing is clear: the people of India have spoken, and in Modi they trust.