With this commentary, we plan to communicate with you every month about our thoughts on the markets, some snap-shots of metrics, a section on behavioural investing and finally an update on some of the people at MacNicol & Associates Asset Management Inc. (MAAM). I hope you enjoy this information, and it allows you to better understand what we see going on in the market place.

“The individual investor should act consistently as an investor, and not as a speculator.” – Ben Graham 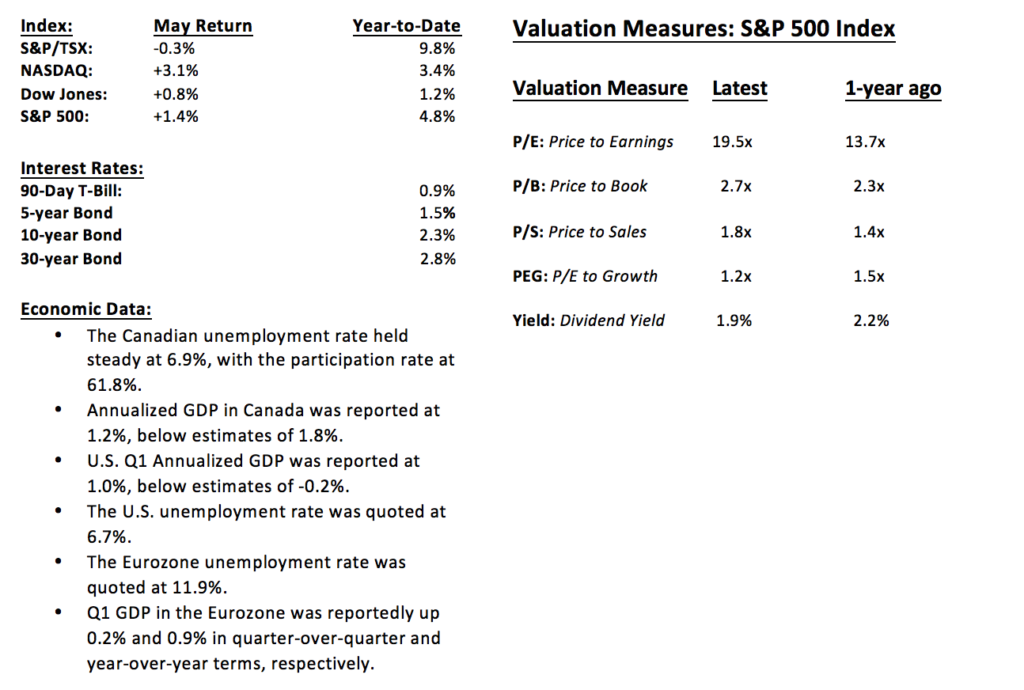 An allocation to gold has been a staple for long-term portfolio management theory for years, however, the reason why is perhaps deceptively simple, as the yellow metal’s plethora of benefits seem both widely understood and misunderstood at the same time. The common citations are: diversification, inflation hedging, and catastrophe insurance, but it may be helpful to clarify how exactly an investment in gold works to satisfy these listed objectives.

Portfolio Management for the long-term is aptly summarized into two rules by the legendary Warren Buffet: “Rule number one is never lose money. Rule number two is to never forget rule number one.” Despite its price swings, gold plays an integral role to the long-term investor; the key to its benefits are the timing of its price fluctuations. A properly diversified portfolio will not have its entire breadth of investments move in lock-step; some investments will be down while others are up, with the idea being that the laggards will rebound when the out-performing assets weaken.

In the market crashes of 1972 and 1973, while the stock markets were down 15% and 26%, respectively, gold climbed 73% and 66% during the same periods. In the most recent financial crisis, when the S&P 500 sunk 37%, gold saw a 4% rise. This contrast of performance serves as an example of how the addition of gold to a portfolio adds ‘insurance’ against unforeseen events and market downturns.

Although gold’s low correlation with traditional asset classes is a major benefit to portfolios, its high correlation with other factors is also important to consider, with the major consideration at the moment being the U.S. monetary base. In the chart below, which was put together using Federal Reserve data by Analyst Fred Hickey, the historical relationship between the growth of the monetary base and the price of gold can be seen as significantly positive, despite the last year or so. If gold were to correct to its historical relationship, it would be trading at a level of approximately $2,000, rather than its current level of $1,250.

This graph is important, as it is a pictorial representation of what is meant by the statement that gold is an ‘inflation hedge’, or maintenance of purchasing power. As additional money continues to be printed, the purchasing power of the U.S. dollar declines, while an ounce of gold tends to hold its purchasing power in relative terms.

In summary, it is important to view an investment in gold from a long-term, portfolio-wide perspective; gold is insurance for your portfolio, and insurance against losing money in the long-term.

To follow up on our section on Behavioural Finance last month, in which we profiled “The Little Book of BehavioralInvesting” by James Montier, we would like to further delve into a few important concepts which Mr. Montier outlines in his book, as well as a better definition of the discipline of Behavioural Finance.

Behavioural Finance attempts to explain how emotions and cognitive errors in judgement influence investors and create stock market anomalies such as bubbles and crashes. Some of the situations which are commonly discussed under Behavioural Finance are the following:

There are also some common tips for applying Behavioural Finance, which we remain constantly cognizant of, and encourage you to do the same. Some top tips from Behavioural investors are:

We have provided these lists as a summary of Behavioural Finance, but also to serve as further insight into our investment process. Investing is as much mental as it is numerical, and those who focus strictly on the numbers will be missing valuable considerations from their analysis. In future letters, we explore Behavioural Finance further, and delve deeper into some of the behaviours and tips listed in this letter. If this overview has piqued your interest on the subject, and you don’t want to wait for our monthly updates, we would strongly suggest picking up a copy of Mr. Montier’s book.

There is a lot of exciting news around the office on a personal level.  We currently have two co-workers who are expecting their second child towards the end of the summer. 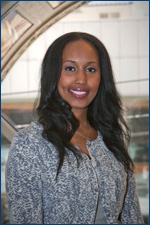 Naima Egal (joined MAAM in January 2007) is expecting her second child in September.  Naima and her husband, Latif, have an 18 month old son, Yusuf. They are expecting another boy to add to the family which will be exciting for Yusuf.

Naima’s husband is also in the financial business and currently works as a Vice President at JP Morgan Chase & Co.

Naima comes from a large family made up of four girls and two boys. She enjoys spending time with her two nieces and nephews.

In her spare time, Naima enjoys staying active outdoors with friends or family, especially in the Summer. Her favorite sports include basketball, soccer and volleyball. Travelling is also important to Naima and her family as they love seeing the world and experiencing different cultures. 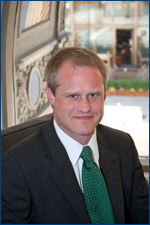 Jay Bryant (joined MAAM in July 2008) and his wife Jenn are also expecting their second child in late August.  The newest member of the Bryant family will join older brother Jack, who is 3 ½ years old.  Jenn is the Director of Sales for Nike Swim which is a division of Perry Ellis.  They live in the downtown neighbourhood of Riverside just east of the Don Valley Parkway near the intersection of Queen and Broadview.

Jay is a sports enthusiast – top of his list are hockey and golf.  He is also an avid baseball fan and is truly enjoying the run that the Blue Jays are presently on.  Jay and his family spend a lot of time on weekends heading north to their family farm in Glencairn, along with their Bull Dog Link. Their son, Jack, is currently busy at pre-school getting ready for his first year of Kindergarten in September.  Jack is following in his father’s footsteps, as he has already shown interest in playing hockey.  He skates every Sunday throughout the Winter.

We can’t wait to meet the newest family members.