The Legacy of Tiananmen Square- 25 Years On

In the lives of many, June 4th marks a rather innocuous day. This year, it falls on a Wednesday, typically a lull in the work-week. However this Wednesday is no ordinary ‘hump day’, because it marks the anniversary of one of the most important events of the last quarter century. Not just for what happened, but for what nearly happened and what happened in its wake. 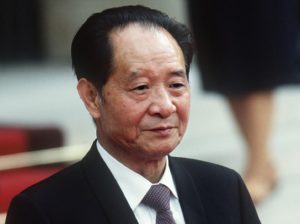 June 4th marks the 25th anniversary of the Tiananmen Square Massacre, where the Chinese Government brutally cracked down against peaceful student protests.  The crackdown was the culmination of nearly seven weeks of protests that started in Beijing and spread to nearly 400 cities across China. The protests originated with a march by students mourning the death of beloved reformer Hu Yaobang (pictured to the right). Hu was forcibly removed from his position as Party General secretary by the Politburo for pursuing widespread reforms and liberalization. His death: “fell like a spark into the highly flammable atmosphere of elite division and disaffection”.

The Politburo – China’s supreme governing body – watched in disbelief as millions of disillusioned citizens marched in defiance against their own government. For weeks, hundreds of thousands of citizens occupied Tiananmen Square in the heart of Beijing. On May 20th, 1989, the Politburo instituted Marshall Law in the capital city. The move ended up galvanizing rather than discouraging the students. 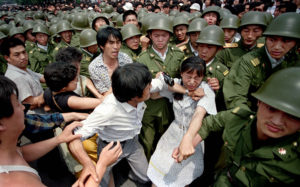 The Politburo decided to meet peace with power — military power. The world watched in awe as the Chinese Government unleashed its military against its own people. Thousands of troops opened fire indiscriminately against the occupiers. Columns of tanks rumbled through the square and flushed out the remaining protestors. Thousands of students and protestors fled the square in fear and utter disbelief.

Descriptions of the tragic massacre quickly reverberated around the world. The picture shown at the top of the page remains one of the most iconic images of the 20th century. The photograph symbolizes the common man, standing up to the draconian military crackdown. Hundreds, if not thousands, were killed that day, with thousands more ‘disappearing’ or put in jail.

An entire generation of China’s youth has grown up without a recollection of these extraordinary events. Thanks to the persistence of Chinese censors and the great firewall of China, these events prove all but inaccessible– void from the conscience of a generation. They will not remember the protests, the crackdown, or how perilously close the totalitarian regime was to a coup de grâce.

Despite the horrors and the inhumanity of the crackdown, it marked a tipping point in Chinese policy.  Since 1978, the Chinese leader Deng Xiaoping led China through a series of marked reforms. He started the de-collectivization of agriculture, and the opening of the country to foreign investment. Deng realized that “force would end the protest, but only economic reform would prevent it in the future.” The events of 1989 forced Deng to double-down on these reforms. China embarked on a further period of economic liberalization. In 1992, his stated goal was to create a state capitalist system– one that would be economically liberal but politically authoritarian.  The chart below, displaying China’s GDP growth, speaks towards the effectiveness of these policies. 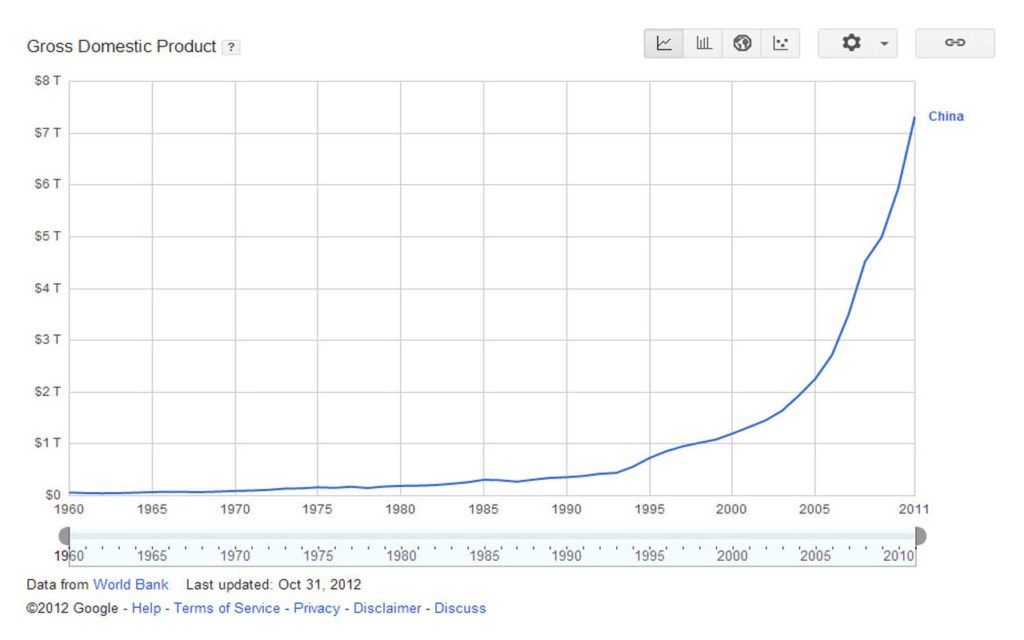 These events 25 years ago helped shape China into the successful ‘authoritarian capitalist’ system it is today. From June 4th 1989 onward, the Chinese populous became a docile and obedient bunch, and have generally accepted authoritarianism. They left the politics to the Politburo, and have since reaped the benefits of the sweeping economic reforms. Deng’s reforms that started in 1978 were accelerated unintentionally by the mass protests.

The crackdown in Tiananmen Square represents an ostensible victory for the Chinese government, despite the fact that this was the exact authoritarian direction in which Hu Yaobang wished to steer the country away from. It’s truly ironic that anti-government protests proved to be one of the driving catalysts towards this remarkable period of economic progress.

While the Chinese government continues to suppress the memory of this defining event, it remains important for context in understanding China’s journey from the third world to an economic powerhouse.