Do you remember the year 1978? You may have been alive; you might have just been an infant. To refresh your memory, in 1978, Pierre Trudeau was the Canadian Prime Minister, Saturday Night Live had just entered its third season, and the Toronto Maple Leaf’s Stanley cup drought was only 11 years young. On the other side of the world, China had begun undergoing unprecedented economic forms, which would serve to liberalize the previously-closed economy, and dramatically change the country’s economic landscape.

In 1978, only 180 million Chinese residents inhabited its urban cities, and Premier Deng Xiaoping’s liberal reforms had begun to open the floodgates for an urban migration unlike any the world had ever seen before. At present day, unlike the Maple Leafs, China has made significant progress towards their ultimate goal, exhibiting an urban population of nearly 700 million, with even more growth to come. By 2030, China’s urban population is estimated to equate to 1 billion people, or 70% of their population (Beijing skyline pictured left).

However remarkable, the urbanization of China is not an isolated incident; the developing world is in the midst of a global urbanization process that will have a profound impact on each respective country. By 2030, India will be home to approximately 590 million urbanites, and its GDP will have grown five-fold. To illustrate the magnitude of this phenomenon, consider the fact that the entirety of Europe is home to only 45 cities with a population greater than 1 million. By 2030, India will have 68 cities with populations exceeding 1 million inhabitants. Although they are the world’s most populous countries, China and India are only two examples of countries which are currently undergoing rapid urbanization. Below is a map showing the total and total percent number of Urbanites in 2011 figures. 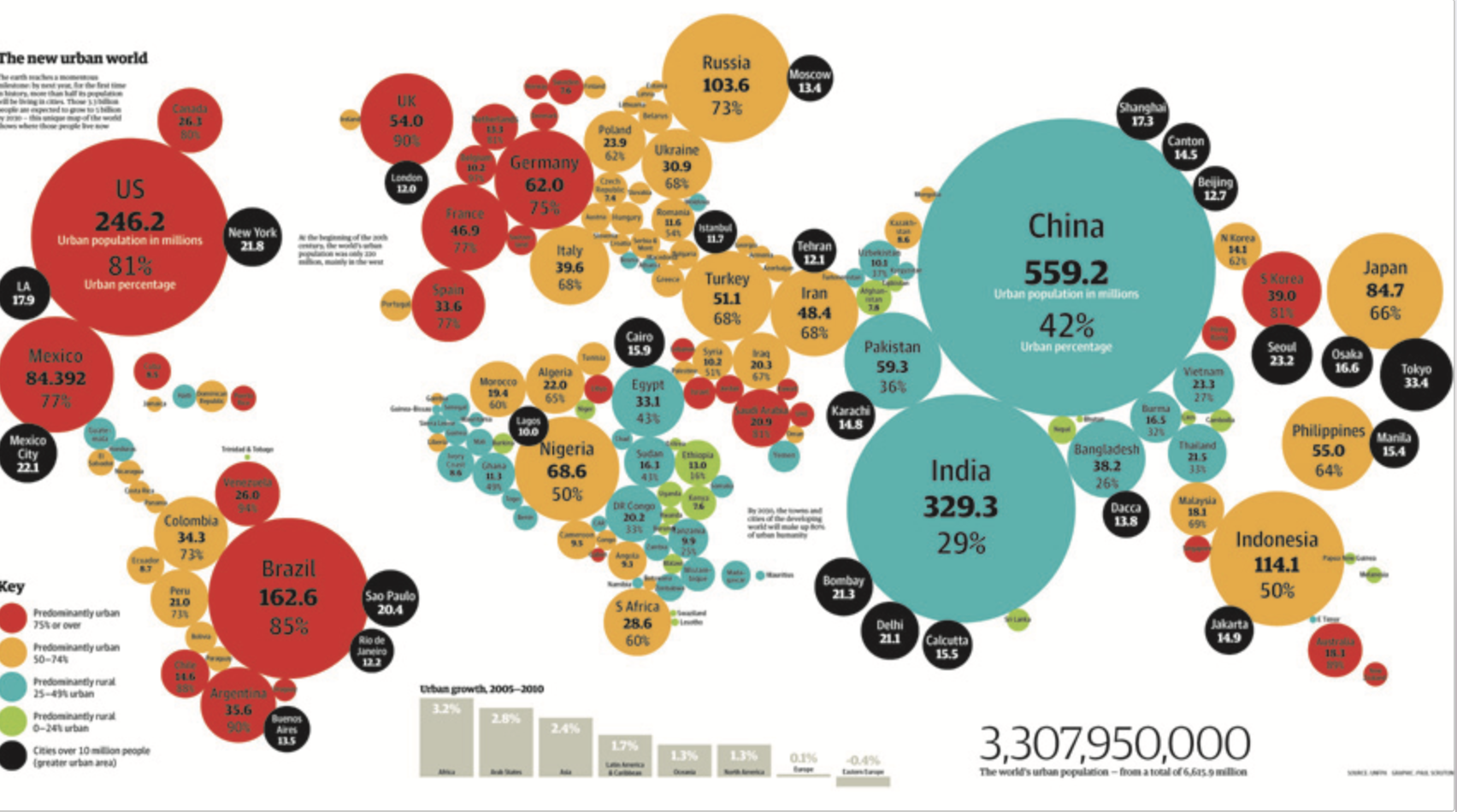 By 2050, the World’s urban population will have increased from 3.9 billion to 6.4 billion, resulting in 67% of the world’s population inhabiting urban areas, up from the current level of 54%. Clearly, urbanization is already occurring, and it is working to change the complexion of both cities and countries across the world. But how will this developing process affect each particular country? As it turns out, the observable symptoms of this global movement are rather predictable.

Firstly, the rapid infusion of millions of people into urban areas will put a tremendous strain on both local and national infrastructures; countries will need to invest in electricity grids, sanitation projects, water pipelines and transportation networks in order to facilitate a ballooning population. For example, a recent report by McKinsey indicates that India will need to invest $1.2 trillion in capital expenditure over the next 20 years in order to support this process – 8 times the country’s current level of spending. Traffic in New Delhi is pictured right. 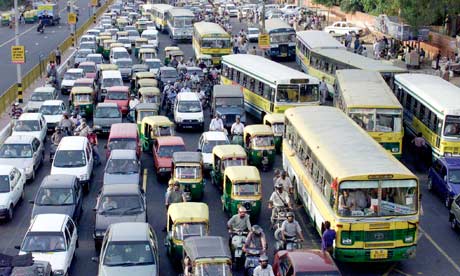 The second inevitable consequence of urbanization is the burden placed on urban housing markets, as mass migration to city centers provides a powerful and consistent demand for real estate with accessibility to the downtown core. In order to maintain the affordability of housing, the real estate development in these areas will also need to rise commensurately, as an overheated real estate market can prove disastrous for a country’s economy. The increased development will most likely materialize in the form of high-rise condo buildings, in order to quickly satisfy housing demand and avoid feverish real estate prices.

Based on the statistics and research, it is clear that urbanization will continue to have a profound global impact in the 21st century and beyond, however, the local intricacies of each market will also necessitate tailored reaction, as various countries undoubtedly exhibit their own individual challenges.

Although the urbanization of China and India serve as excellent illustrations of the challenges encountered by developing nations, similar movements can also be observed closer to home. The urbanization process in the developed world – albeit on a slower scale than that of the developing world –presents unique challenges that will need to be addressed in the coming years. Our next post will discuss the impacts of urbanization on the Greater Toronto Area: which are readily visible, which are still to come, and the likely future coping mechanisms needed to handle the process.