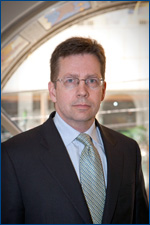 Prior to joining MacNicol & Associates, Scott was the founder and President of SD Baker & Associates Inc. Scott has extensive experience in managing US and Canadian portfolios in the high net worth and pension markets including 10 years as an Analyst and Portfolio Manager with Connor Clark of Toronto and Connor Clark & Lunn of Vancouver and five years as a Portfolio Manager with Nigel Stephens Counsel of Toronto.

Mr. Baker is a member of the Toronto Society of Financial Analysts and the American Institute of Management and Research and is a graduate of the University of Western Ontario’s Ivey Business School. He received his Chartered Financial Analyst (CFA) designation in 1991 and is a registered Portfolio Manager in Ontario.

Scott lives North of the GTA with his wife and three daughters. He enjoys skiing and playing basketball in his spare time. 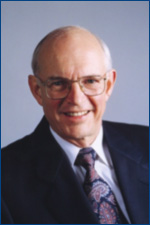 Ross Healy began his investment industry career in 1965 as a securities analyst for Midland Osler Securities. He was later a co-founder of Sceptre Investment council, a leading Canadian money manager.
He became Director of Research at Merrill Lynch Canada, and during this time provided support to the late Dr. Verne Atrill, the theorist who decoded the mathematics underlying the Theory of Accounting Dynamics upon which the Strategic Analysis Corporation methodology is based. After supporting and collaborating with Dr. Atrill for many years, he joined SAC as Chairman and CEO.

Ross Healy is a past president of the Toronto CFA Society, and served on the board of the Financial Analysts Federation (now the CFA Institute) as Chair of the Financial Analysts Journal. He has served on the Financial Disclosure Advisory Board of the Ontario Securities Commission, and was a member of the Executive Committee of Trinity College, University of Toronto, chairing the Investment Committee.
He contributes investment analysis to print, radio, and television media, and appears regularly on Business News Network (BNN) and the Canadian Broadcasting Corporation (CBC). 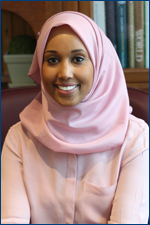 Naima is responsible for administrative duties at MacNicol & Associates including account opening and transfers, client inquiries, tax reporting and report preparation. Naima joined MacNicol & Associates in 2007 and has previous work experience in the financial industry bringing excellent client management and leadership skills to MacNicol. Naima holds an Honours Degree in Health and Society from York University.

In her spare time she loves to travel and see the wonders of the world. She also likes to hike, cycle and play basketball. Naima has also been involved in several health related community charities. 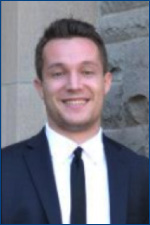 James holds a Honours Bachelor of Arts from the Richard Ivey School of Business at Western University and is currently pursuing his CFA designation.

Originally from Vancouver, James enjoys playing rugby and football as well as all other outdoor activities.

As Manager, Business Development, David is responsible for building and supporting new client relationships with individuals and financial advisors. By working closely with the Portfolio Management Team, David will help ensure that clients have a clear understanding of their investments by maintaining a consistent level of communication. David’s support of financial advisors will help them broaden the type investment solutions they can offer their clients while maintaining the integrity of their advisor/client relationship.

David has over 15 years of experience in the financial services industry. He has held positions as Regional Sales Director with several large mutual fund companies and more recently with a real estate operating company that specialized in U.S. multi-family real estate. David has a broad understanding of the investment industry, as he has worked directly with individual investors, investment advisors and portfolio managers. He has always been committed to helping his clients find the right solutions for their needs, and he brings that same dedication to MAAM. David is the Father of three sons and lives in Burlington. He grew up in California and is a long time Dodgers and UCLA Bruins fan.

Erin is a Portfolio Administrator and is responsible for client liaison, newsletter deployment, report preparation, and supporting the Portfolio Managers. Erin joined MacNicol & Associates in October of 2014 and has previous experience with managing client accounts and spearheading marketing initiatives.

Erin holds an Honours Bachelors of Arts focusing in Sociology and a Bachelors of Education degree.
In her spare time, Erin sits on the Board of Directors with Resources for Exceptional Children and Youth- Durham Region. She also enjoys travelling, doing yoga and baking.

Mark’s responsibilities include overseeing the financial management and administration of the firm. Mark has been advising professional services organizations in these areas since 1987. In 2002 he joined and now heads a consulting group that provides a focus on interim financial management, profitability and strategic issues. He also holds a Bachelor of Science Degree in accounting and statistics from the University of Toronto.

Mark lives in Toronto, and enjoys outdoor activities with his wife and young son. 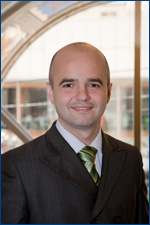 Norman has been solving computer problems since 1993. He co-ran a computer store from 1995-2001 where he honed his troubleshooting and networking skills. His certifications include Windows 95/98/XP/Server 2003, Netware 4, A hardware/software certification as well as a microelectronics diploma from George Brown College. En Vogue Computers was established in October 2002. With clients ranging from the film industry to retail, EnVogue has successfully implemented solutions for various clients with a focus on exemplary customer service.

Norm is married, lives in Toronto and recently welcomed his second child. 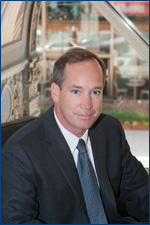 David is registered with the Ontario Securities Commission as a Senior Portfolio Manager with full discretion. He has an Engineering Degree (Mechanical) from the University of Western Ontario, a Canadian Investment Management Designation and F.C.S.I. He is also a founding Board Member of the Hibiscus Fund for Hope at the Princess Margaret Hospital. In 2005, David helped establish The Yellow Bus Foundation. The objective of The Yellow Bus Foundation is to enrich the lives of children in Canada living with chronic illness and/or serious medical conditions as well as provide enriching opportunities for disadvantaged youth. Annually raising and distributing funds to a select group of registered Canadian charities will achieve these objectives. David has served as a Member of the Professional Conduct Committee for the Institute of Chartered Accountants of Ontario. David is Chairman of the Investment Committee of the Sigma Chi Canadian Foundation. He also sits on two Investment Committees for a religious organization overseeing greater than $100 million. 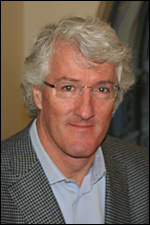 John Francis has over 15 years of experience in the investment and business community. Mr. Francis began his career in New York in 1986 in the Mergers and Acquisitions department at Goldman Sachs. He remained there until 1988 when Mr. Francis moved to Los Angeles to work for David Murdock, a member of the Forbes 400. Murdock’s companies included Pacific Holding Co., Dole Food Co. and Castle and Cooke Inc. Mr. Francis worked on mergers, acquisitions and other investments inside these various companies. In 1990, Mr. Francis returned to Toronto to become Vice President of Trader Media Corporation, a company founded by John’s father Bill Francis in 1975. Mr. Francis’ role was to integrate several acquisitions, which materially changed the scale of Trader Media by expanding the operation into all major Ontario markets. Mr. Francis was made President and CEO of Trader Media Corporation in 1994. Mr. Francis is an undergraduate of distinction from the Ivey School of Business at the University of Western Ontario. 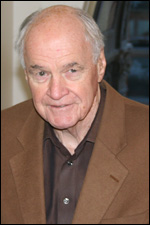 Jim Craig practiced law for over 45 years with the firm of Ayelsworth Thompson Phelan O’Brien, specializing in banking and real estate law. He was part of a group that developed the accepted precedent for condominium documentation when condominium law was introduced in Ontario. Mr. Craig was appointed a Queen’s Counsel in 1974. Mr. Craig’s career has largely been focused on acting for The Royal Bank of Canada. He has been called upon to act on both real estate financings and restructurings and has lectured on aspects of banking law throughout his career. Mr. Craig is a member of the Law Society of Upper Canada, the Ontario Bar Association and the Canadian Bar Association. Mr. Craig obtained his Bachelor of Arts from Queen’s University and obtained his formal legal training at Osgoode Hall. Mr. Craig is involved in the The Yellow Bus Foundation as well as the Salvation Army, the Heart and Stroke Foundation, the Kidney Foundation and the Civic Garden Centre. 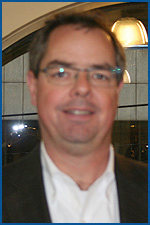 Ian Hull has been practicing law for over 12 years. He began his career practicing general Commercial Litigation at Koskie Minsky. In 1992, Mr. Hull joined Dingwall McLaughlin, a firm specializing in Estate, Trust and Capacity Litigation as counsel to the firm. As well, in 1992 Mr. Hull became a partner in Hull and Hull continuing with Estate, Trust and Capacity Litigation. In addition, Mr. Hull is a frequent lecturer of the Bar Admission Course and guest lecturer for the Canadian Bar Association and the Law Society of Upper Canada. Mr. Hull obtained his Honours Bachelor of Arts from The University of Western Ontario and his law degree from The University of Windsor in 1988. In addition, Mr. Hull is a member of the Canadian Bar Association, Metropolitan Toronto Lawyers Association, The Advocates’ Society, Editorial Advisory Board of the Canadian Estate Administration Guide, Executive of the Trusts and Estates Section of the Canadian Bar Association – Ontario, Metropolitan Toronto Lawyers Association (Trustee), Halton County Law Association, Associate Editor on the Editorial Board for the Estates and Trusts Reports and the Society of Trusts and Estates Practitioners. Mr. Hull is the author of several textbooks and reports regarding Estates and Trust. 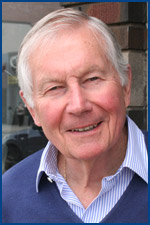 Mr. Saunderson began his career with Clarkson, Gordon & Co (now Ernst & Young). In 1971 he co-founded Sceptre Investment Counsel Limited where he was a Senior Partner for the next 24 years. In 1995 he was selected as a member of the Ontario Legislature. Between 1995 and 1997 he served as Minister of Economic Development, Trade and Tourism. From 1997 to 2005 he was Chairman of Ontario International Trade Corporation. Mr. Saunderson has extensive experience as a Board Member. He is currently Chair of ROI Fund Inc, Canadian Osteopathic Education Trust Fund, Anglican Diocese of Toronto Investment Committee, Trinity College “Strength to Strength” Endowment Campaign, Shaw Festival Endowment Foundation Investment Committee and University of Toronto School Foundation. Also he is a Board Member of the Toronto Symphony Orchestra and Vice-Chair of the University of Ottawa Pension Fund Investment Committee. Mr. Saunderson is a Chartered Accountant and holds a Bachelor of Arts from the University of Toronto. He is a Fellow of the Ontario Institute of Chartered Accountants and a recipient of its Award of Outstanding Merit. He also holds Honorary Doctorate from the University of Ottawa and Trinity College (University of Toronto). He is a retired officer of the Royal Canadian Navy.

Peter Buchanan is seen and recognized as a leader and innovator in the fields of executive coaching and management and leadership development. He has spent in excess of 20,000 hours coaching and mentoring hundreds of senior executives, business owners, CEO’s and Presidents. He has spent the last 25 years helping clients become more effective leaders, aiding organizations in reaching the next level, and helping people lead more meaningful lives. Through his career he has been a Senior Vice President of Extendicare Ltd, a Partner of Bobele Buchanan & Associates, a Senior Consultant for Wood Gordon & Co., and a Director with Sovereign Security Systems Ltd.  He is currently the Founder and Best Practice Chairman for TEC (The Executive Committee) as well as the President of Managing Transitions Ltd. for the past 30 years. He has received numerous awards from TEC including, Chairman of the Year in 2008 and 2010and the 50th Anniversary TEC/Visage Leadership Award.

Mr. Buchanan completed an MBA from the University of Western Ontario and has his Certified Management Consultant (CMC) designation.  Peter’s teaching experience includes designing and teaching leadership in the MBA program for Royal Roads University in Victoria, British Columbia.