From the Fringe to the Front

Yesterday’s blog post discussed how a number of radical, Eurosceptic parties enjoyed widespread success across Europe in the recent European Parliamentary (EP) elections. Traditional, mainstream parties and its politicians were confronted by a number of new, radical parties that threaten to polarize an already divided continent. Today’s post will discuss the implications for specific countries and what it means for their future and for the future of the EU.

France has always been at the heart of the European experiment. Historically, two, relatively stoic and centrist parties, have governed it. The Socialist Party (PS) is the center left incumbent, lead by current President Francois Hollande. The center right, Union for a Popular Movement (UMP), opposes the PS and the two parties form the political mainstream of France. Since 1981, the President of France has been from either the PS or the UMP.

The EP elections provided a shocking and unexpected outcome. The incumbent PS party finished an unheard of 3rd place, while the UMP finished second despite losing 11 seats. The real winner is a fringe, right wing party called the National Front (FN) lead by the controversial Marine Le Pen. The FN’s anti-immigration, anti-euro, anti-globalization platform propelled them to an astounding victory where they increased their MEPs from just 3 in 2009 to 24 in 2014.

The success of the once ‘contemptible and untouchable’ Le Pen has sent an earthquake across Europe. The UMP and PS were stunned as the once ostracized FN achieved a comprehensive victory in a national election. Le Pen and her party have been charged as racist, xenophobic and extreme.  Jean Marie Le Pen, Marine’s Father and former party leader said recently that: “the immigration problem can be solved by the Ebola virus.” This historic result can be partially attributed to the overall incompetence of the political mainstream and a frustrated French populous.

The UK also witnessed an outright rejection of their traditional centrist political mainstream. Three mainstream parties have dominated British politics: the center right conservative party, the center left labour party and the left leaning liberal democrats. These parties were handed a dramatic defeat as Nigel Farage’s Independence Party (UKIP) claimed 23 of the 76 available MEP seats. The Liberal Democrats, once a mainstay in British Politics were nearly wiped out as they retained only one of their MEPs.

Farage carefully delivered his, anti-EU, anti-immigration platform to a public that had been disillusioned by the EU and the mainstream. Similar events occurred in Greece, as the traditional center left and center right parties took a backseat to the radically left of center Syriza party. The Neo-Nazi Golden Dawn party also picked up 3 MEPs. 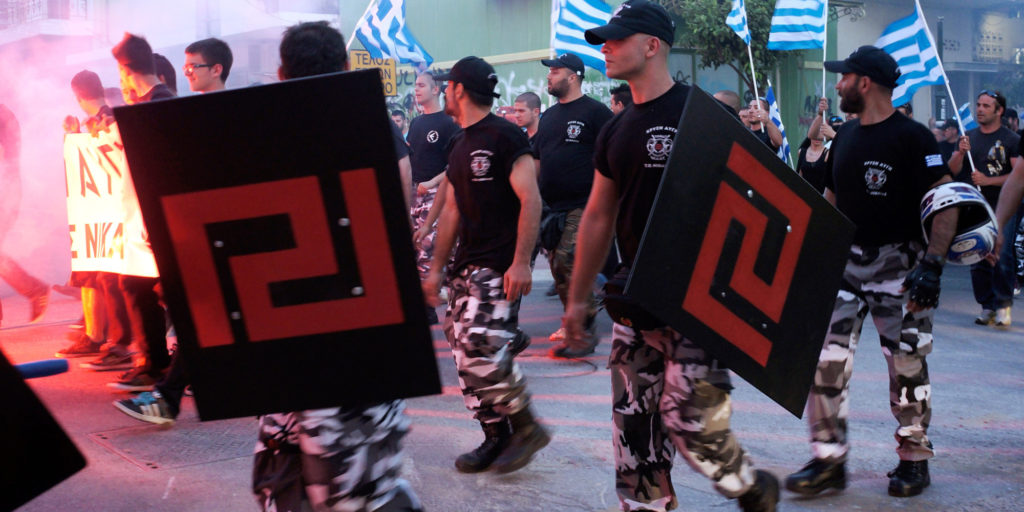 The success of various anti-establishment candidates caused a political earthquake across the EU. It points to an underlying tectonic shift; a shift in sentiment caused by deteriorating circumstances. Europeans are infuriated with years of sub-par economic growth and crippling unemployment. These elections represent the inevitable backlash against a system that has failed to perform and its politicians that fail to inspire.